Every Ramadan, I expect blessings, I expect Fethe (enlightment) at the end of the way. It’s something I long for and work on, that is why my Ramadans are generally made of strict schedules; especially my bedtime schedule, it’s the only way I can find time to read Quran extensively and do night prayer while still being fit to do my job.

This Ramadan Alhamdulillah there has been hardly any reading of Quran and the minimum of night prayer instead I had: a hundred phone calls, a hundred e-mails, late hours at the office and last but not least an overwhelming feeling of gratitude that made me tear up more than once…

Some of you might wonder? What happened? Had I suddenly turned into a crazy masochistic workaholic at the opening of Ramadan?
Allow me to go back in time:
A few months ago, my friends Ahmed & Zeinab came up with this incredible idea of feeding 20 families every day for the whole month of Ramadan, they prepared a list of the content of the daily food parcel, went to a shop, agreed on the prices and started preparing for the feeding.
When I was told the cost of feeding twenty families for 30 days of Ramadan, I was surprised by how low it was and felt that it was almost Fard (obligatory) on me to do so as it would be if accepted by Allah, an atonement for my sinful soul and the best investment for my afterlife...
“O son of Adam, I asked food from you but you did not feed Me”
“My Lord, how could I feed Thee whereas Thou are the Lord of the Worlds?”
“Didn’t you Know that such & such servant of Mine asked food from you but you did not feed him, and were you not aware that if you had fed him you would have found him by My side?.......
YA ALLAH!
Getting back to the idea of the Iftar, the thing was that I was still in the midst of renovating my house so it clearly wasn’t possible for me to finance a whole iftar on my own money, I’m not a Rothschild heir but for some reason the idea would not leave me…I became gradually obsessed about the population of a certain sector of Nouakchott called Tarheel. This name just wouldn’t leave me, especially after a dear friend, Mariem told me something deep: "Tarheel is a typical case of what we call in Arabic “the weak leaning on the weak”, as it’s a neighbourhood for relocated families –who lived in the slums- unlike other neighborhoods, the poor of Tarheel cannot rely on solidarity to feed themselves because all their neighbors are poor…
Meeting Elizabeth after I had this conversation with Mariem, was the least I can say inspiring …Elizabeth is a researcher studying precarious habitat who’s so passionate that she takes 3 different taxis to go to Tarhil  in the worst heat peeks … What’s incredible is that she has overcome the barriers of language, extreme heat and nationality for the sake of doing something meaningful…  I told myself I should summon up the courage to do this; I don’t have half the obstacles Elizabeth has had to overcome but seriously where am I supposed to get the funding? How to handle the logistics of delivering the parcels & distributing them? (I work 9 hours a day)
The opening came, 4 days before Ramadan when I happened to speak to Mona about my wish of feeding the people of Tarheel, super Mona (Allah Yahfadha) said; “Don’t worry, I’ll do the fundraising and she gave me a large amount of her own money to start with…After Ahmed, Zeinab and Elizabeth had inspired me: Mona gave me the courage I needed. May Allah reward them all.
From that moment, things just accelerated : Ahmed called me to tell that incidentally he had found a reliable person in Tarheel to take care of the distribution. He was talking to someone about my project when this person told him : “Don’t you know that Elhajj the son of .... is an Imam in Tarheel?
I called Elhajj and he happened to be an incredible asset for the feeding with his dynamism and his acute sense of Amana.  This acute sense of Amana is what helped reach out to the poorest of the poor. He began by identifying 20 of the poorest families in his sector; he knew all the names of the women and men and their children’s names, their situation… mashallah! At only twenty five years old he was acting like some old parish priest mothering his flock! Lol
Fundraising too was another miracle; I sent an e-mail to one of my closest buddies, Mohamed Lemine, with pictures of me with some of the most vulnerable families met in Tarheel to send to our friends working in mining companies… Guess what? The crazy dude sent my picture and message to the whole mailing list of Mauritania’s biggest mining company and their contractors……When I saw what he had done, I must say I had mixed feelings : should I strangle him or should I thank him??????For God's sake, all my friends know that my motto in life is “Live hidden, Live happy!”- I finally chose to not physically harm him and instead to thank him profusely J
I did right. Thanks to that crazy e-mail and to a few other e-mails and phone calls we fundraised approximately 18 000 USD and helped 160 families. 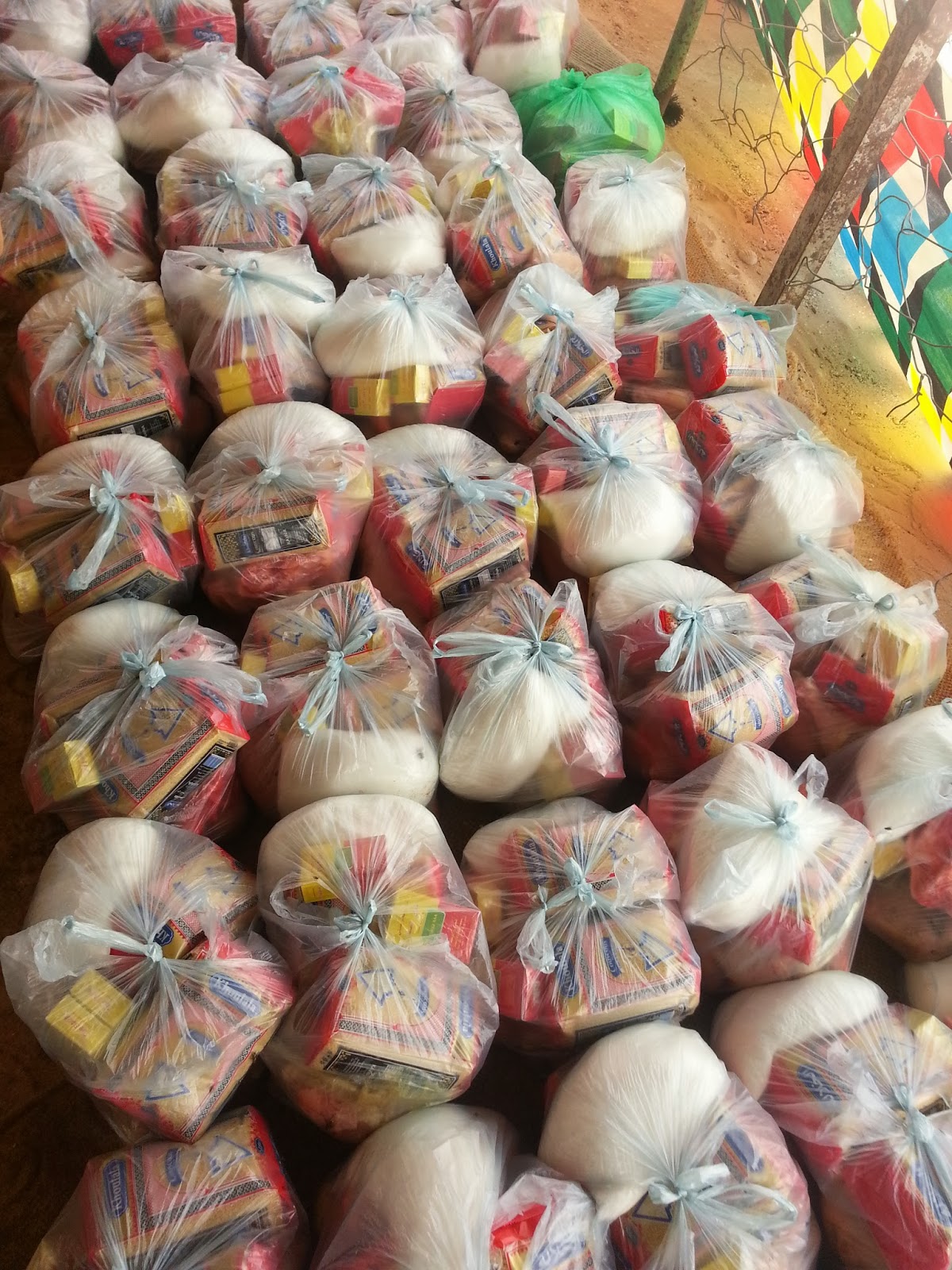 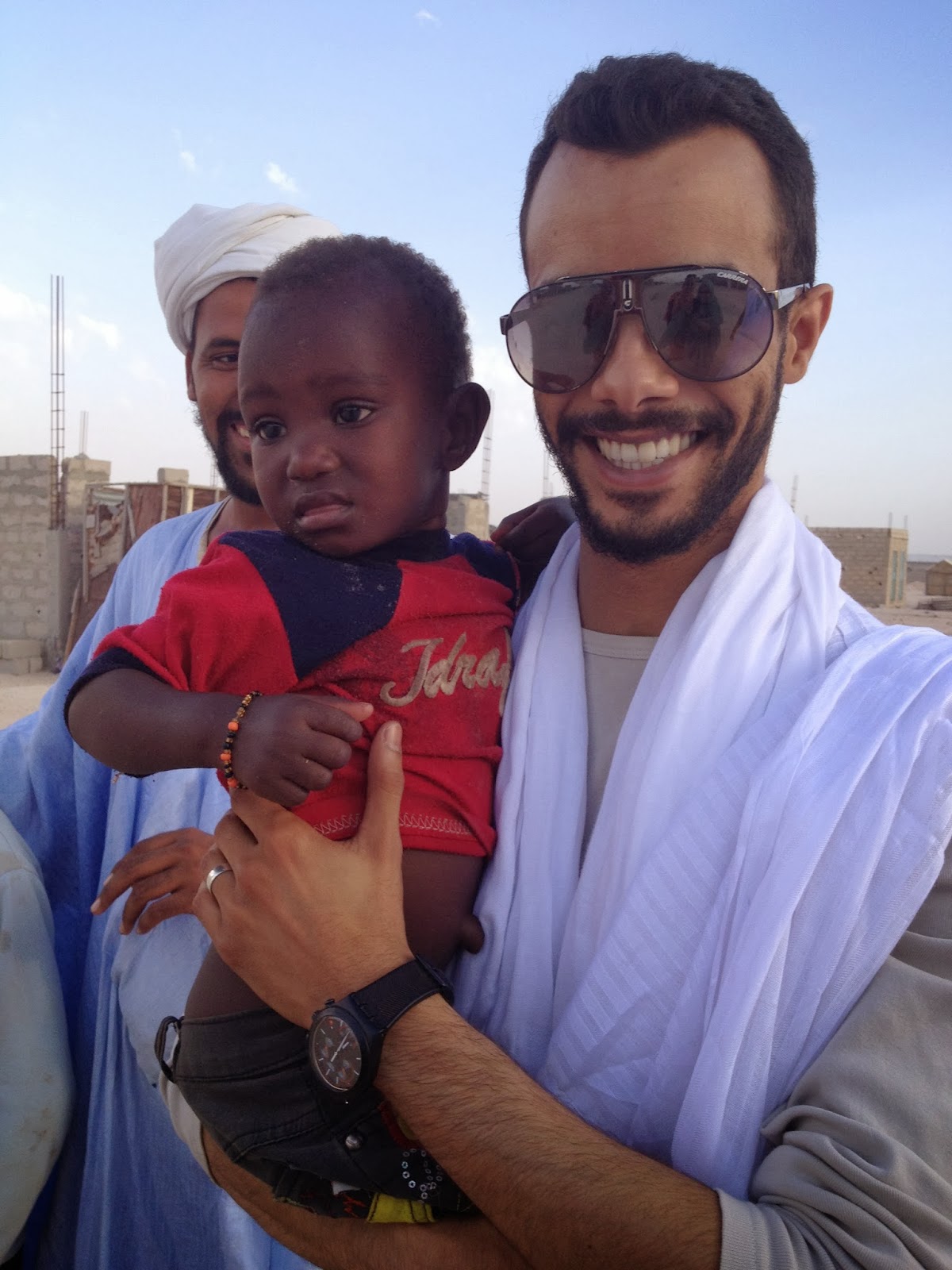 Mohamed Lemine & one of the cute kids in Tarheel


Believe me, it was a miracle... until now, the ease of how the money was obtained still leaves me speechless. Apparently the Ramadan season miracle is experienced every year by people active in charity works. This Ramadan,  I had the pleasure to have ftour with sisters who do charity work all year long. Beautiful women, heart and soul, radiant women, who only want God.
Not only did they tell me that they experience this Baraka every year but actually it seems like most great social initiatives start up in Ramadan!
Finally, as usual Shaykh Hamza Yusuf, my Shaykh, my mentor emphasized in one of his lectures, what was for me one of the greatest teachings of this whole Iftar project: “The group with it flaws is better than sectarianism with its purity”(NB “flaws” might not be the exact word he used)
Indeed, it's the Baraka of having a group working solely for the sake of God that has made this project possible. These past months & for the first time in my life (remember guys, my motto was "live hidden, live happy"), I have felt embraced and supported by a sisterhood and brotherhood  who accept to disagree & be different but at the same time are bonded by the Love of Allah & Muhammad (SAW) the Chosen One.
I LOVE THE UMMAH
This project wouldn’t have been possible without : Ahmed, Zeinab, ElHajj (the two El Hajjs :-), Mohamed Lemine, Olga, Mona, Elizabeth, Hafsa, Mariem,  Nathalie, Gueye, Junior, Mohamed Cheikh and the wonderful private donators may Allah reward them. 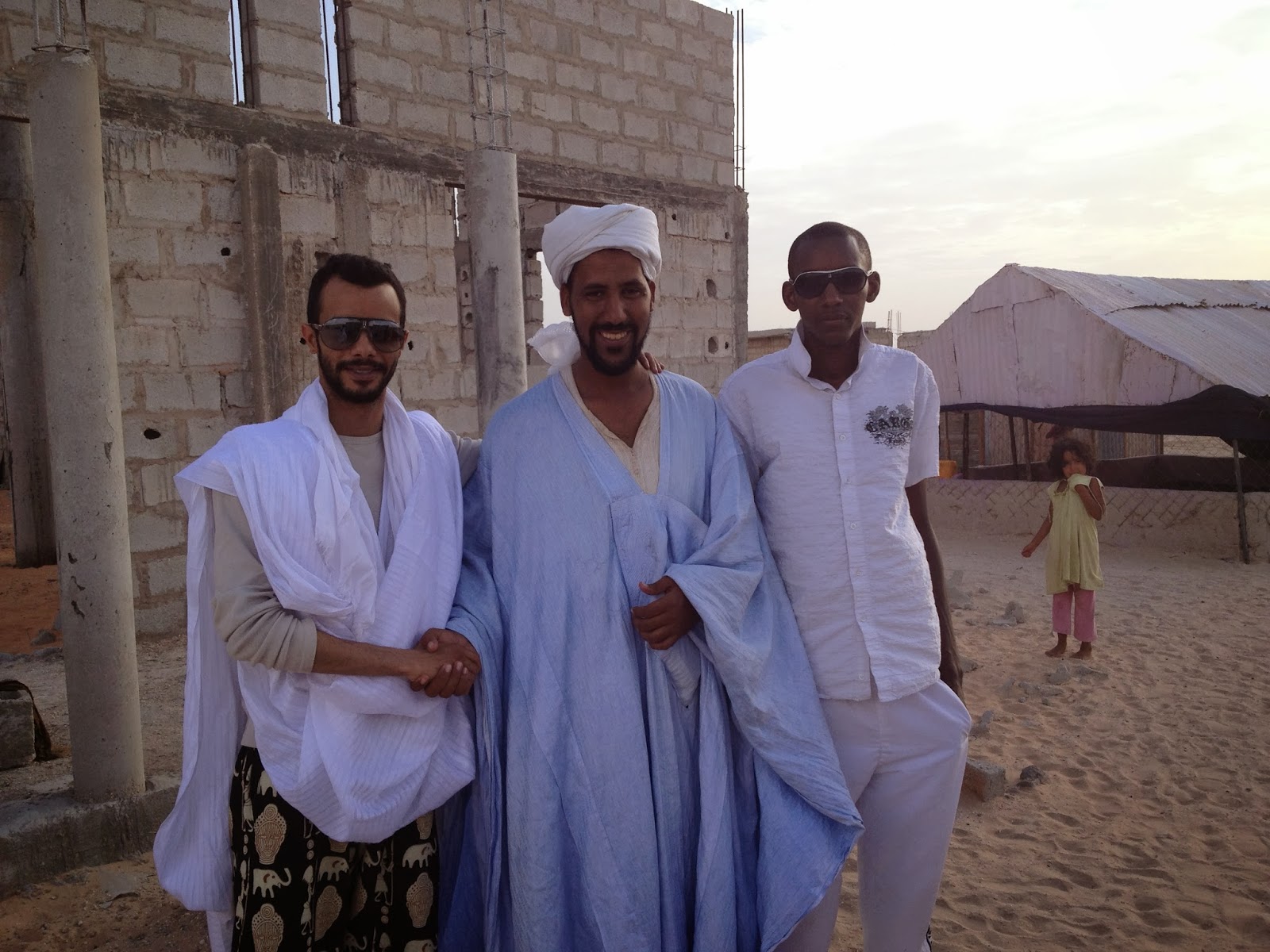